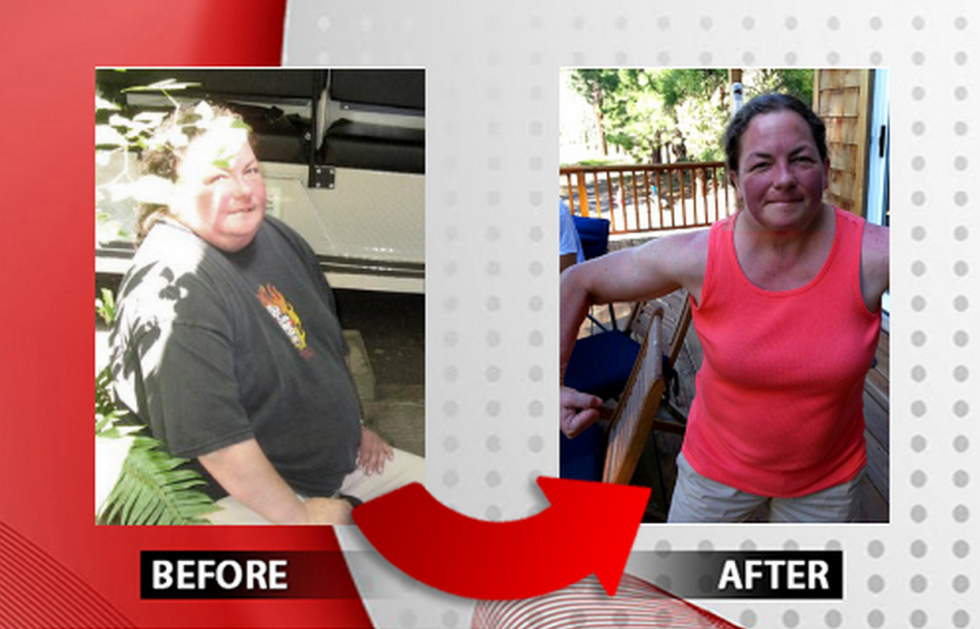 Ginni Ratcliff was sitting in her car outside the gym having something akin to a panic attack. She was supposed to meet personal trainer Amy Honey for the first time to go over how to use all of the unfamiliar equipment, and it was scary.

“I was a nervous wreck,” she says. “I didn’t know what I was in for. What was this woman going to do to me? It was a really emotional thing.”

Summoning up her courage, she walked through the gym doors – and into a different life. These days she helps Amy work with clients at Yelm Bootcamp and at age 51, she recently became a personal trainer. Her journey began with a simple moment of decision.

For years, she’d been gradually gaining weight without realizing it. “I was completely miserable. I hadn’t always been overweight,” she says. “It was funny because at one point I knew I’d gotten fat but I didn’t realize that I could get fatter. I just thought, ‘I don’t want to deal with it now. I’ll deal with it later.’ That’s when I gained most of the weight.”

Everything was an effort. If she had to get off the couch, she would plan ahead so she could multi-task. “Finally, one day, I just said, ‘I can’t live like this anymore.’ I made up my mind in that second and I knew that this was the time,” she says. “In that moment, it’s where it all happened. My body needed to catch up, but I’d decided.”

She began making better food choices, although she shudders to think what some of the were. “The things I thought were healthy then, I would consider bad choices today,” she laughs. Although there was still a long way to go, the weight began to drop off.

Alongside better eating habits she decided to join a gym, which is where she discovered that membership included a free session with a personal trainer to learn how to use the equipment. Looking at the wall of photographs of toned, healthy people, Ginni came across one of Amy. “She was holding a live turkey and standing by a goat, and I said, ‘Okay, she looks nice.’” Before long, she was sitting nervously in her car, debating the relative merits of driving away.

Once inside the door, she figured that Amy would simply guide her through the various machines and that would be that. That’s not what happened. “Once she found out that I’d lost a good amount of weight and I’d done it on my own, she was just drooling to get her hands on me,” says Ginni. “She really wanted to work with me. I had no intention of hiring her, but she really got me excited. She really believed in me and let me see what was possible.”

In the beginning, she couldn’t do squats, couldn’t stand up from sitting on the bench and couldn’t do five minutes on the treadmill. “The first workout we did was pull-ups with weights. The more weights you put on the machine, the less body weight you were lifting,” explains Ginni. “I was lifting zero.”

As Amy continued to work with her, she started making progress. “I started to love working out,” she says. Amy started encouraging her to join Bootcamp, which at that point was a class in the other gym. “I would watch the people in Bootcamp and think, ‘I am not doing that.’ But Amy kept saying, ‘You’re ready.’”

Finally she joined and quickly learned the value of the Bootcamp community. “The encouragement, the bond as a family, it makes it fun,” she says. “You’re side by side with someone who’s dying just as bad as you are to get through this workout. You have people who are with you every day seeing your gains.”

Over time, Ginni started taking on more responsibility. “After having so much personal training with Amy, I knew proper form. I knew so much about training,” she says. “My passion for Bootcamp, for working out and nutrition grew and grew.” She decided to take the next step and become a personal trainer.

“I was already helping people at Bootcamp, and I knew what I was doing but there was so much more,” she says. “I wanted the credibility. If I’m going to correct someone’s form, I want to be confident in myself and I want them to know that I know what I’m talking about. I did it to help out classes here, but I also had a personal goal. I’d taken it so far. I was right there at the door. I’m 51 years old, and I became a personal trainer. ”

These days she sees people coming through the door at Bootcamp in the same state of anxiety she experienced in the beginning. “I get so excited for people who come in here and they have goals they want to meet,” she says. “I want to help them and I get so much satisfaction out of it.”

Her life has changed in other ways too. “I feel like life is effortless and promising,” she says. “It’s endless. Before I felt like nothing was possible. I might not be here today, honestly, if I hadn’t started on this journey. I’ve lost 112 pounds. Now, whether it’s related to my health or my fitness, it doesn’t matter what it is. I see possibility everywhere.”

So what would she say to anyone sitting in their car outside Bootcamp, trying to gather the nerve to walk inside? “Just come in. Check it out. I think you’ll love it. If you don’t, there’s no harm done,” she says. “I never dreamed when I walked in that day that I would love it so much.
You can’t know what it might possibly mean to you to walk in that door.” 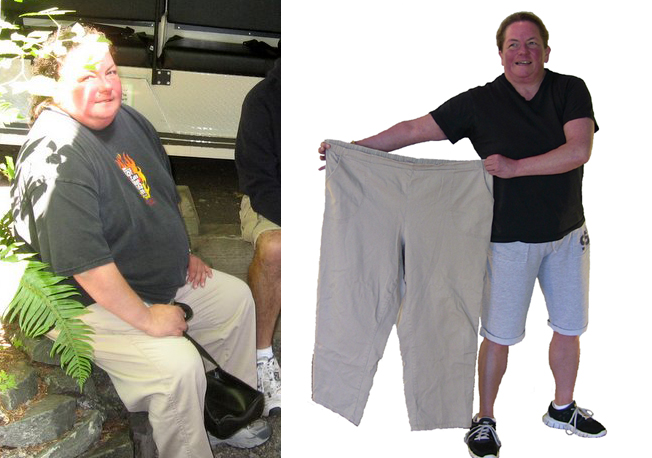