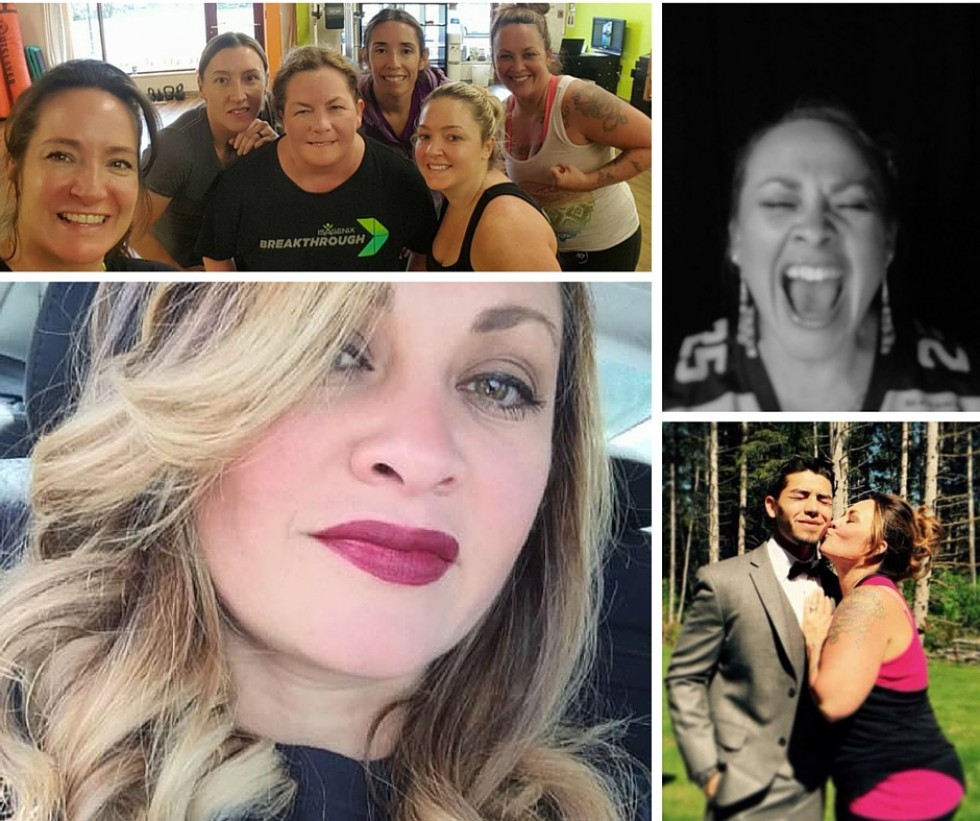 When Candace McCloud first came to Yelm Bootcamp, she figured out a way to avoid talking with anyone. “I didn’t like organized groups. I had tried to do a crossfit class before and it was miserable,”she says. “I can’t see without my contacts or my glasses on, so before I came to bootcamp, I would take out my contacts. That way, I couldn’t see anybody’s faces. I sat at the front of the class and I just did what I had to do.”

Although she wanted to get in shape and had committed to working out, the first few months of Bootcamp were a challenge physically and emotionally. “I didn’t want to come. I had a lot of resistance,” she says. “I wasn’t happy but I dragged my butt there and worked out every day.”

At 40, she was tired of being tired and tired of feeling bad about herself. So as uncomfortable as as it was, she kept coming to Bootcamp.

In the beginning, she was the only one in class who needed every exercise modified. “I was scared to do the box jumps and the heavy weights,” she says. “Once that changed and I could kind of keep up and do the same exercises as everybody else, that was a stepping stone. Those kinds of achievements kept me excited to come back and keep working.”

She also started to appreciate the support and camaraderie of the environment. “I went around that corner where I was enjoying interacting with everybody else and feeding off their energy,” she says. “I was comfortable and wanting to make connections.”

But then another challenge presented itself in the form of a new trainer who was ‘kind of a rock star’ in the gym, according to fellow trainer Ginni Ratcliffe. “At that point, Candace was feeling really good about her accomplishments and where she’d come to with the rest of the group,” says Ginni, but the trainer’s impressive abilities had a negative effect on Candace’s attitude. “It knocked her down a notch to the point where she could have quit,” says Ginni. “She wasn’t happy and she didn’t like the change.”

One day during a paired workout, the new trainer made a beeline for Candace and said, “You’re my partner.”

“They worked out together and Candace pushed herself harder than I’ve ever seen her,” says Ginni. “She lifted heavier than she’s ever lifted. She was proud of herself.”

From that point on, Candace and the trainer became friends who continue to encourage each other and work out together when the opportunity presents itself. “She took on that obstacle,” says Ginni. “I saw her turning point that day to say, ‘You know what, I’ve got this.’”

She still has resistance, but has learned how to work through it and accept what’s being offered. “I love Amy and Jamie for making me work hard every day and showing me the right position to do the work and the right exercise to keep me motivated. They push me to follow through every day because I like to quit and they won’t let you,” she says.

Getting stronger has also revived a dormant dream. When she was in high school, Candace wanted to be a bodybuilder. “I’ve kind of wanted that all along but it got lost in work and kids and marriage,” she says. “But know I think, ‘I can do that.’”

Having taking on building more muscle, her next challenge is changing her eating habits. “I’m my own worst enemy when it comes to food,” she says. “Now if I can conquer myself as far as eating and train myself to manage my emotions, I could still be a bodybuilder. I have a stronger sense of possibility.”