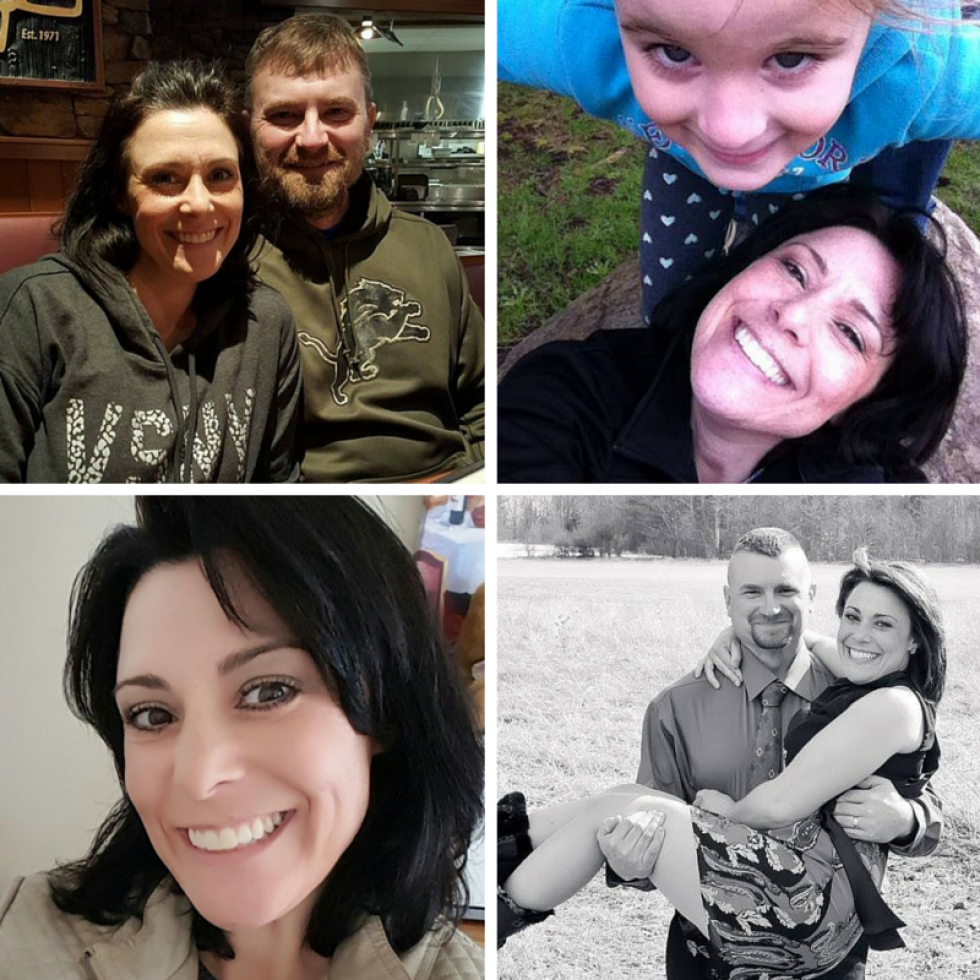 Kim Sellon didn’t join Elite Fitness Zone to lose weight. After having a third child at age 37, she had successfully fought a year-long battle to ditch the extra 30 pounds that had accumulated, and was focused on getting stronger and enjoying the mental benefits of working out.

So it was a nice surprise to realize that just weeks after joining, she’d dropped a dress size. “I went from a size 8 to a size 6 in the third week of working out,” she says. “It has me amped and pumped and wanting to come every day.”

Since joining at the beginning of February, she’s started to see results in her core and overall strength. “I’m able to do a push-up now,” she says. “I couldn’t even do a push-up off my knees. Now I can do at least one or two sets without having to drop.”

She’s also noticed that her memory has improved and she’s sleeping better. “I’ll remember why I walked in the room,” she laughs. “My endurance, my breathing, everything seems to be better.”

After moving to Yelm from Vermont in 2012, Kim struggled with adapting to her new home. As a military wife she’d moved often, but the older she got, the more challenging it became. “This move took me away from my family,” she says. “It’s hard enough just moving and meeting new people, but when you’re an adult, it’s even harder. Everybody seems to have their little groups and cliques.”

Initially she joined a gym in Lacey, but the 20 minute drive was daunting and she wasn’t getting the results she wanted. “Having moved from another state and not really knowing people, I tried to put myself out there. I think medically, my metabolism was out of whack and I wasn’t sleeping well,” she says. “I was never fully resetting my body and getting that rest. It’s so important to get quality sleep. So even though I was working out, I wasn’t losing weight.”

Nevertheless, she stuck with it, determined to get rid of the extra baggage. “I wanted to get healthy,” she says. “I wanted to shed the baby pounds that I had put on from becoming a mom later in my life. As we age, sometimes weight can already be a tough one to manage. After having a baby later, the issue was that much more amplified.”

Eventually she figured out what was triggering her sleep issues, and was able to drop the pounds over time. Then she discovered Elite Fitness and found the environment at the gym very welcoming and supportive. “It’s very energizing,” she says. “It feels very home-like, as if you’re coming to see your family. Everybody’s been so encouraging and I find that very inspiring.”

The experience has helped her feel more connected to her new home. “It kind of gets you back to what life is really all about,” she says. “It’s community and engaging with others, building self-confidence and helping other people see that in themselves. In this time when everything is so negative in the world, it’s nice to know that for at least that hour, there’s that moment to pause and just be. I love that feeling. It’s very addictive.”

Now she’s feeling optimistic about the future and is looking forward to new ventures. “It’s opened up my sense of possibility,” she says. “Elite Fitness is another path to gaining new clientele for my business and meeting new people.” You can reach her on her facebook page at Esthetician Kim